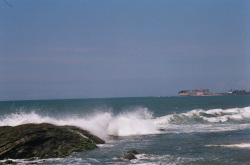 Who Cares
Questioning the status quo: good works from those who give from the heart


"Planting trees in this time of cataclysmic climate change is like stacking sandbags along the shore of a flooding river sometimes it works and sometimes it doesn’t but sometimes that is all you have to fight with. But what we do know when we all labor together in the face of a common peril it transcends division and builds community".
Dedan Gills

Belvie Rooks and Dedan Gills Live from the Question,

Most African wisdom traditions hold the view that death comes in two forms. The first is the
natural physical death that is a normal part of the life process. The second, and most dreaded,
is the death and erasure that occurs when you are no longer remembered…

What Belvie Rooks and Dedan Gills call “Our African Journey” began in September, 2007, when
they decided to leave friends and families to travel to Ghana to get married, a fitting tribute
to their African American heritage as they began their lives as a couple. A few days after their

ceremony in Accra, they headed to the Elmina Slave Dungeon on Ghana’s Cape Coast, as a way of honoring and remembering the millions of unnamed and unknown ancestors who had passed through one of the more than one hundred slave dungeons along West Africa’s “Slave Coast.”


Belvie remembered, “As we stood staring out through ‘the-door-of-no-return,’ the last point of
physical contact kidnapped Africans had with the African continent prior to being forced into
waiting slave ships, we tried to imagine what reaching this spot must have felt like for some
long-ago, unremembered African ancestor as she trembled on the precipice of a terrifying
and uncertain fate.”

Belvie and Dedan at Door Of No Return
Belvie remembered, “As we stood staring out through ‘the-door-of-no-return,’ the last point of
physical contact kidnapped Africans had with the African continent prior to being forced into
waiting slave ships, we tried to imagine what reaching this spot must have felt like for some
long-ago, unremembered African ancestor as she trembled on the precipice of a terrifying
and uncertain fate.”

Uncontainable tears flowed as they recalled that for over three hundred years, without
interruption, millions of innocent: men, women, children, husbands, wives, aunts, uncles,
grandmothers, grandfathers, potters, weavers, farmers, midwives, and healers had begun
the long passage into slavery from places like this.

Belvie recalls that “As we moved through the devastating depths of grief and despair, Alice Walker’s poem ‘Torture’ ran through my mind:

When they torture your mother / Plant a tree

When they torture your father / Plant a tree

When they torture your brother / and your sister

When they assassinate your leaders / and lovers / Plant a tree

When they torture you / too bad / to talk / Plant a tree

They understandably felt tremendous sorrow and rage for so much loss. But when Dedan
asked, “What would healing look like?” they recognized the question that would drive their
dedication to find a way to honor and remember the forgotten ones.
Their plan seemed almost to form itself as they thought about the state of the world: the

degrading environment, the desertification of Africa caused by global warming, and they realized that one powerful action they could take would be to inspire a movement to plant trees along the Trans-Atlantic Slave Route — a million trees along each route. Every tree would serve to respect and honor the forgotten ones, while helping to heal the increasingly devastated environment.

They didn’t know how to do this, of course, but simply making the declaration that this is what they would do had power in it that has opened doors to unimagined possibilities of healing the wounds of the past in the present while creating a sustainable future.


In March, as part of the annual commemoration of “Bloody Sunday” and Dr. King’s historic
march from Selma to Montgomery, Growing A Global Heart was invited to plant the first of
the memorial trees along the Underground Railroad. The inaugural tree planting ceremony

included participation from a cross-section of civil rights and environmental organizations,
including the National Voting Rights Museum, the Federation of Southern Cooperatives, the
Alabama Forestry Commission, the U.S. Forestry Service and the National Wildlife Federation.
Belvie and Dedan are excited about inviting their West African partners to join them in Alabama,
later this year, in order to continue the tree planting initiative along the Underground Railroad,
while leveraging the resources needed to launch the West African phase of the project.

The culminating event at this year’s march re-enactment was that Growing A Global Heart was invited to plant its first memorial trees at the foot of the historicEdmund Pettus Bridge. Belvie and Dedan planted the Longleaf Pine, which is extremely efficient at carbon sequestration. At the beginning of the Civil War,there were 90 million acres of Longleaf Pine throughout the Southeastern UnitedStates, currently there are less than 3 million acres.Belvie and Dedan recently went to the 46th commemoration and re-enactmentof Dr. Martin Luther King’s historic Selma-to-Montgomery March, first attemptedon March 7, 1965. It was the images of bloodshed and brutality by lawenforcement officers on the Edmund Pettus Bridge that shocked the nationand world alike, and what became known as “Bloody Sunday” eventually ledPresident Lyndon Johnson to sign the Voting Rights Act.

Belvie Rooks has lived in Mendocino County off and on for decades. She is a writer, educator
and producer whose work weaves the worlds of ecology, feminism, spirituality and social justice.

Dedan Gills’s social work in the inner city incorporates the principles of sustainability, permaculture
design, environmental awareness and “the greening of the inner spirit” as critical aspects
of the recovery and healing process.” You can learn more about their work on their website: 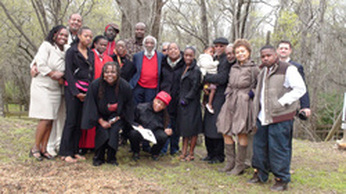 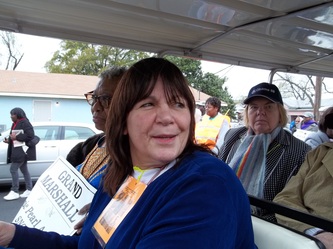 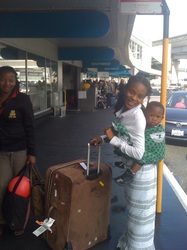 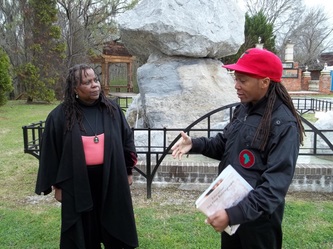 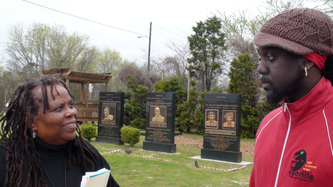 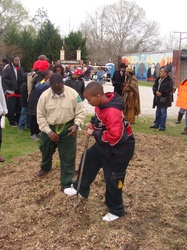 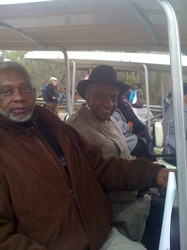 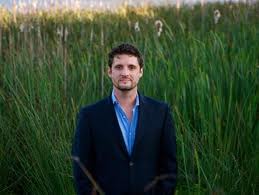 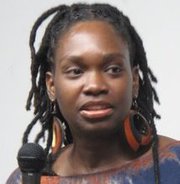 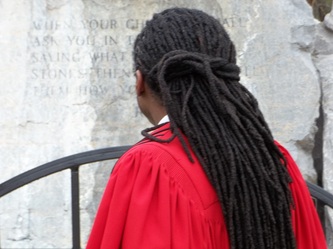 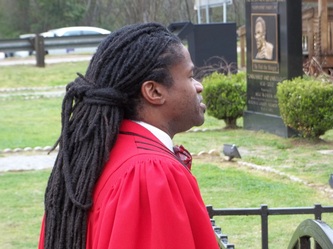 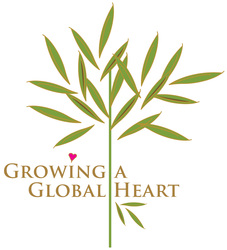 
A coalition of concerned civil rights, environmental groups and youth groups are  joining together to plant 100 Longleaf Pine seedlings in the Voting Rights Memorial Park on Sunday March 6, 2011 at 4:30 PM at the conclusion of the Bridge Crossing Re-Enactment March. The Memorial Park is located on the East side of the Edmund Pettus Bridge.

The tree planting ceremony is being coordinated by the Bridge Crossing Jubilee, Inc, a project of the National Voting Rights Museum in Selma,AL; Growing A Global Heart, a project which envisions planting  millions of trees to honor those who died along the Trans-Atlantic Slave Route and the Underground Railroad; the Federation of Southern Cooperatives/Land Assistance Fund (Federation), the primary regional organization of Black farmers and landowners;the National Wildlife Federation; US Forest Service and other State Forestry agencies throughout the Southeast.

The tree planting symbolizes the coming together of the great social movement of the past half century – the Civil Rights Movement – with the current environmental movement’s concern for global warming and combating the negative impacts of climate change.

In the past, the Southeast was home to millions of acres of Longleaf Pine, a species that is naturally adapted to growing in the sandy soils and warmer temperatures throughout the southeast. Longleaf pine forests provide more suitable habitats for many species of birds, animals and plants that have dwindled as the acreage has declined.

Over 200 years ago, seemingly endless woodlands of majestic longleaf pine trees covered 70-92 million acres across the southern coastal plain. Today, only ghostly vestiges, less than 3 million acres remain to remind us of the enormity of the loss of our natural heritage. The National Wildlife Federation, the U. S. Forest Service, Alabama State Forestry Commission and other state forestry groups are promoting a rebirth and replanting of this important tree species for the Southeast.

The Federation has been encouraging farmers and forest landowners in the former Longleaf pine growing areas to consider planting this species to help in the restoration of the natural landscape and habitat. Longleaf pine also lends itself to silvopasture, (goats, beef and agroforestry projects, pine straw cultivation, mushrooms), which can help to enhance the income of family farmers as their timber grows and sequesters carbon from the atmosphere.

These partners are coming together with state and federal agencies and the Intergenerational Youth Summit, sponsored by the 21st Century Youth Leadership Movement and Tuskegee University to plant the seedlings in the Voting Rights Memorial Park as a living testimony to the importance of human, civil and environmental rights in our region, nation and the World.